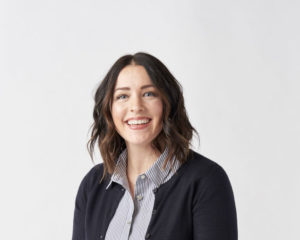 Alex has been a member of the Junior League since 2014 and is serving as President for her fourth year on the Board of Directors. Previously, Alex served as Strategic Vice President and developed the organization’s first five-year strategic plan and first annual plan. She went on to serve as Executive Vice President, where she led and successfully channeled day-to-day operations into the strategic vision of the Board of Directors.

Alex is Senior Director of Business Operations & Strategy for Vacasa, North America’s largest vacation rental management company. Headquartered in Portland, Vacasa is one of the nation’s fastest growing companies, raising more than $526 Million since 2009. Operations is at the core of Vacasa’s business model, and much like her work with Junior League, Alex employs innovative and effective business strategies that drive improvement and growth across the organization.

Alex, her husband Philip and children, William, Sawyer, and Lennox live in Tualatin. They love cooking and exploring the wonderful wine of the Willamette Valley. When the PNW weather permits, they can be found biking, hiking, and recently started a garden so that, as William says “they can be farmers.” They are excited to start traveling again as soon as possible to show the children the world! 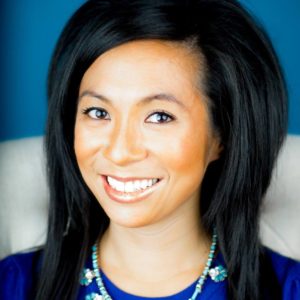 Jeanie Nguyen serves as the Executive Vice President of the Junior League of Portland and oversees the management team and serves on the board of directors. Born and raised in Portland, OR, she has a passion to serve with a lens of diversity, equity and inclusion. Jeanie joined JLP in 2014 and has served in roles including Executive Vice President, Membership Director, Operations Director, Northwest Exchange Co-chair, Recruitment Chair, and Small Group Leader.

Being a part of JLP has allowed her to try new projects, learn new skills, and streamline processes. Nonprofit work has always been a passion and learning the business and leadership aspects through JLP have been rewarding.

Jeanie graduated from the University of Oregon with a Major in Business (Marketing) and a Minor in Economics. She enjoys travel, fashion, and food! She enjoys spending time in her old craftsman home with her husband and her dog! 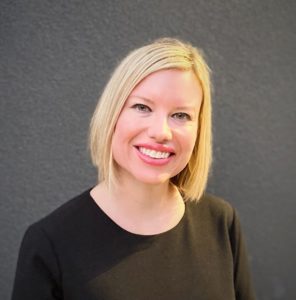 Allison joined the Junior League of Portland in 2016 and has enjoyed the variety of placements she has held in the league. She has served as the Treasurer, Community Council Director, Fund Director, League Sales Chair, and Member Connections Committee member.

Allison is an Jill-of-all-trades. She is currently working as a substitute teacher. She practices painting and ceramics. She is also a licensed esthetician, with Reiki training.

She serves as the Vice Commodore for the Oregon Women’s Sailing Association. She is energized by water and enjoys sailing, surfing, and pretty much anything on or near water. In the winter she enjoys skiing on Mt. Hood. She also has a healthy obsession with golf and her perfect day would include at least 9 holes.

Allison and her husband have two boys (aka Junior League helpers-in-training) and the family always enjoys the opportunity to help the JLP out, and connect with other families.

Natalie has been a member of the Junior League of Portland since 2013. Originally from Morgantown, West Virginia, Natalie moved to Portland in early 2013. She joined the League soon after her move in order to give back to her new community in a meaningful way. Prior to her current position as Finance Director, she has served on the Marketing and Communications Committee both as a committee member and Chair, as Assistant Chair of Recruitment, on the Placement Committee, and on the Management Team as Information Director. Most recently, she served on the Board of Directors as Executive Vice President.

Professionally, Natalie has a bachelor’s degree in Biomedical Engineering from Case Western Reserve University and a Doctorate of Dental Surgery from West Virginia university. She has owned a dental practice in Canby, Oregon since 2015 and enjoys being able to combine her engineering and dental knowledge by incorporating 3D printing and CAD/CAM technology into her practice.

When she is not volunteering or practicing dentistry, she enjoys spending time at home with her husband, three labrador retriever mixes, and two cats. She and her husband are also automotive enthusiasts, and can often be found on drives exploring Oregon and SW Washington on the weekends. 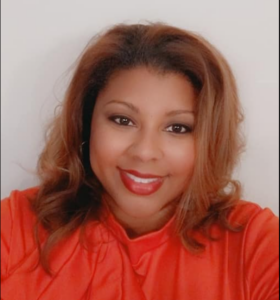 Pleschette has been a member of the Junior League of Portland, since 2015.  She has served as a Small Group Leader, Assistant Chair for Community Connections, two terms as Membership Director, Nominating Committee, and the BIPOC Racial Justice Committee. She participates in board service with Friends of the Children, Friends of the Columbia Gorge, the Ronald McDonald House Charities of Oregon & SW Washington, and she is a Trustee on the Legacy Health’s Good Samaritan Foundation Board serving on the grants committee.

In her professional life, she is a Regional Sales Director for Lenovo, and has spent over 20 years in the technology sector. She leads a team who is responsible for providing advanced computing to large K-12 Districts.

She loves the Pacific Northwest, and all the beauty it has to offer. Her hobbies include traveling, hiking, reading, wine tasting, exploring new restaurants, and nurturing life giving relationships. 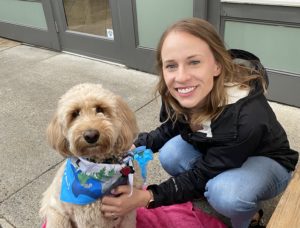 Lindsay Schlobohm  is a Pacific Northwest native, moving from Seattle to Portland in 2016. Lindsay joined the League as a way to feel included in her new community. Since then, Lindsay has done a little bit of everything: recruiting new members, chairing a benefit auction, serving on the strategic committee, and volunteering in the community.

Professionally, Lindsay graduated from Washington State with a degree in neuroscience in 2012, and with her Doctorate of Audiology from the University of Washington in 2017. She currently works with children that are deaf and hard of hearing at the non-profit school, Tucker Maxon, as their staff educational pediatric audiologist.

In her spare time, Lindsay can be found walking her dog (Emma), spending time in wine country, or curled up on the couch with a book. 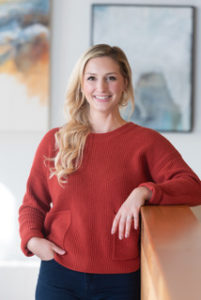 Emily is a 7th generation Oregonian, she cares deeply about her local community, and could not wait to get involved with JLP right after college. She has been a JLP member since 2014, and after primarily focusing inward on membership, she is excited to turn her work outwards towards cultivating and stewarding donors. She is well equipped for this new challenge after receiving her Certificate in NonProfit Fundraising through PSU in 2015 and is looking forward to putting that learning into action.

Emily has been a Realtor in the local residential market since 2016 — a job she loves because she gets to spend time with people and tour beautiful homes. She and her family also recently bought a vineyard, so she has been learning how to create and grow a business from scratch. But her most favorite job is being a new mom! In February of this year Emily and her husband, Zac, had their first child, Archer — an 8th generation Oregonian! 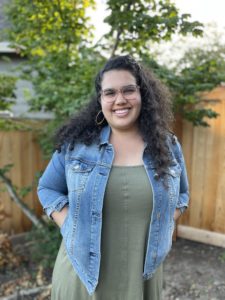 Veronica has been a member of the Junior League since 2015. Always up for learning something new, Veronica has spent time on many different committees at the League including Rose City Summit, BIPOC Racial Justice Committee and most recently as the Fund Development Director. She finds it rewarding to teach others about fundraising and its impact. Another nonprofit organization Veronica donates her time to is Equitable Giving Circle. Weekly she delivers farm boxes to BIPOC community members in the Metro area.

When she isn’t volunteering, Veronica works full-time as a real estate broker for Living Room Realty in Portland. She loves helping people achieve their real estate goals, empowering and educating her clients along the way. Meeting new people and solving problems on their behalf is what she does best!

Every morning you’ll find Veronica walking her trusty good boy, Poco, around her neighborhood. Poco and Veronica spend most of the time admiring their shared love Veronica’s husband, Ben. 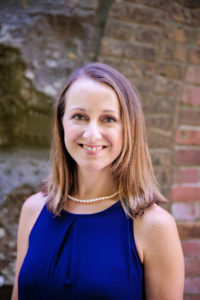 Elisa Spano has been a member of the Junior League of Portland since 2009. She has previously served as Treasurer and in various Community Council positions, serving twice as Chair of Healthy Habits, Healthy Kids, as well as on the 1910, Member Connections, and Nominating committees. In 2015, Elisa received the President’s Volunteer Service Award. She is thrilled to return to the Board and support League leaders as the Board assistant.

Professionally, Elisa has worked at Fannie Mae since receiving her MBA from The University of North Carolina at Chapel Hill in 2002. She currently leads Single-Family’s Voice of Customer team, responsible for creating data-driven and customer-centric strategic recommendations for executive leadership to support product development and prioritization.

Originally from the Washington, DC area, Elisa has lived in Portland since 2008 and enjoys exploring with her husband and two children all that the Pacific Northwest has to offer, especially outdoor activities such as skiing, camping, or biking.

Sustainer Representative to the Board: Judy Jorgensen – sustainer@jlpdx.org 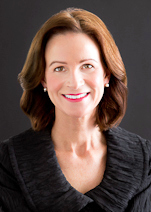 Her professional career spans more than 30 years in communications and nonprofit executive roles. She has held management-level positions with major publishing companies, a national trade association and a worldwide independent public relations agency. Most recently she was Executive Director of the Arthritis Foundation’s Oregon and SW Washington office.

Judy holds a BA degree in Comparative Literature from Occidental College and an MS in Journalism from Northwestern University. She and her husband, Greg, a technology marketing executive, live in Tigard.

The Junior League of Portland is an organization of women whose mission is to advance women’s leadership for meaningful community impact through volunteer action, collaboration, and training.

By continuing to use the site, you agree to the use of cookies. more information